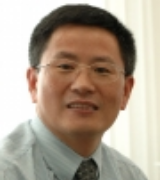 Dr. Dingbo Xu is Professor of Accounting at CEIBS. Previously, he was Assistant Professor of Accounting at the Hong Kong University of Science and Technology. He was a visiting professor at Peking University, teaching MBA and EMBA courses, and he also taught for the University of Minnesota's China EMBA programme. He has received several teaching awards, including the CEIBS Teaching Excellence Award in 2004 and 2005, the prestigious CEIBS Medal for Teaching Excellence in 2009, and several most popular professor awards by CEIBS MBA, EMBA, and EDP students.