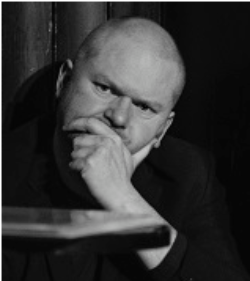 Matthew Nolan is senior lecturer in Film at DBS. He also teaches on the MPhil in Psychoanalytical Studeis at Trinity College Dublin. In addition to his formal academic life at DBS Matthew is also a highly regarded musician and composer. He has worked on commissions from a range of prestigious performing arts institutions and arts organisations, including: The Jameson Dublin International Film Festival, Kilkenny Arts Festival, Dublin Fringe Festival, National Gallery of Art, Cork and Dublin French Film Festivals, Brooklyn Academy of Music in New York, Cork Midsummer Festival, Film Society of Lincoln Centre in New York, and the National Gallery of Art in Washington DC. He has composed new music for several award winning Irish films over the last ten years. He operates as a freelance music curator and consultant, maintaining a close working relationship with several leading arts organisations in Ireland, including the Kilkenny Arts Festival, the Arts Council of Ireland, and more recently, Note Productions. His latest music project will be presented at the National Gallery of Art in Washington DC in the summer of 2016. Autumn 2016 will see the premier of his new score for Todd Browning’s Dracula at our National Concert Hall in Dublin. In the spring of 2017 Matthew will co-curate a new film festival at the Film Society of Lincoln Centre in New York.