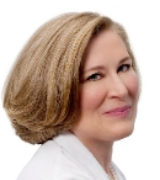 Dr. Holly Atkinson is Assistant Professor in the Department of Preventive Medicine as well as Assistant Clinical Professor in the Department of Medicine, where she co-directs the Advancing Idealism in Medicine Program along with Dr. Jon Ripp at the Icahn School of Medicine at Mount Sinai. While working in Indonesia during her medical internship at the University of Rochester’s Strong Memorial Hospital, Dr. Atkinson became deeply interested in global health and the social determinants of disease. She subsequently became involved with PHR, the 1997 Nobel Peace Prize-winning organization, serving on its board for more than 16 years, including four years as its president. Today, her research focuses on documenting the linkages between the social determinants of disease and health outcomes, especially as it applies to the well-being of women and girls. She has conducted research in several countries around the world, including most recently Bahrain and Burma.