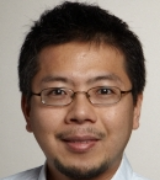 Hirofumi Morishita is an Associate Professor of Psychiatry, Neuroscience and Ophthalmology at the Icahn School of Medicine at Mount Sinai. He is also a faculty member of interdisciplinary Mindich Child Health & Development Institute, and Friedman Brain Institute. His research focuses on understanding the mechanisms of developmental critical periods for cortical maturation to establish perception and cognition relevant to neurodevelopmental and psychiatric disorders. His laboratory takes an integrated approach, combining molecular, anatomical, imaging, electrophysiological, and behavior methodologies using mouse models.

How much of our behavior and its disorders are determined by our genes and by our environment? This nature-nurture debate has continued for centuries by both philosophers and scientists. We now know our behavior reflects neural circuits sculpted by experience during “critical periods” in postnatal life. Such heightened plasticity declines into adulthood, often limiting recovery of function. On the other hand, the adult brain needs stability. Failed stabilization can disrupt circuit computations by allowing modification by undesirable information, which may lead to mental disorders. How does the brain solve this stability-plasticity dilemma? The goal of our lab is to identify the mechanisms of developmental critical periods to establish (1) perception and (2) cognition relevant to neurodevelopmental and psychiatric disorders. We take an integrated approach combining molecular, anatomical, imaging, electrophysiological, and behavior methodologies using mouse models.

Experience-dependent cortical plasticity is heightened during developmental critical periods but declines into adulthood, posing a major challenge to recovery of function following injury or disease later in life. The major goal of our research is to identify the mechanisms of experience-dependent cortical plasticity using visual system, a premier model of critical period, we take an integrated approach, combining molecular, anatomical, imaging, electrophysiological methodologies all in vivo by further incorporating advanced techniques such as in vivo viral gene transfer, optogenetics, chemogenetics, and two-photon time lapse imaging. We also take translational bioinformatics approach to identify pro-plasticity drugs and anti-plastic perturbations. Our study would have direct implications for Amblyopia, a condition with limited adult-applicable treatment affecting 2–5% of the human population, but also for brain injury repair, sensory recovery, and the treatment of neurodevelopmental disorders with sensory perceptual deficits such as autism. Currently our focus is on two regulatory systems of cortical plasticity: (1) endogenous nicotinic ACh Receptor regulators, and (2) proteolytic system.

Mechanisms driving critical period circuit development are well described in sensory systems—but poorly characterized for complex cognitive behaviors. Identification of a critical period and underlying mechanisms for cognitive circuits and behavior would eventually improve diagnosis, prevention and treatment of psychiatric disorders. Our study aims to examine to what extent a mechanism critical for regulating the critical period for visual cortex development also modulates maturation of frontal cortex-dependent cognitive functions such as attention and social cognition. We combine in vivo circuit-specific manipulations with a translationally-relevant touchscreen behavioral testing system to identify the developmental regulatory mechanism of cognitive function from the molecular, circuit to the behavioral level. For this line of research, we actively collaborate with division of psychiatric genomics, neurodevelopmental disorders, and psychiatric epigenomics at Mount Sinai.