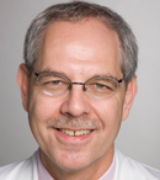 Dr. Scott L. Friedman is the Dean for Therapeutic Discovery and Chief of the Division of Liver Diseases, at the Icahn School of Medicine at Mount Sinai.  He has performed pioneering research into the underlying causes of scarring, or fibrosis associated with chronic liver disease, affecting millions worldwide. Dr. Friedman was among the first to isolate and characterize the hepatic stellate cell, the key cell type responsible for scar production in liver. His work has spawned an entire field that is now realizing its translational and therapeutic potential, with new anti-fibrotic therapies for liver disease reaching clinical trials.  Dr. Friedman’s work has been continuously funded by the NIH since 1985; he was awarded his first faculty NIH grant (RO1) in 1986 at the age of 31.     A 1979 graduate of the Icahn School of Medicine at Mount Sinai, he served as the President of Alpha Omega Alpha Honor Society, then was a Medical Resident at the Beth Israel Hospital, Harvard Medical School, Boston, followed by a Gastroenterology Fellowship at UCSF before assuming a faculty position there which he held for ten years. During a 1995-96 sabbatical from UCSF he was a Senior Fulbright Scholar and Visiting Professor at the Weizmann Institute of Science in Israel, in the laboratory of Professor Moshe Oren. Dr. Friedman has given invited honorary lectures throughout the world and has been a named lecturer or Visiting Professor at over 30 institutions worldwide.  He is widely recognized as a dynamic, effective speaker, and is also a respected author, with over 300 peer-reviewed publications. Dr. Friedman was a recipient in 1993 of the Saul Horowitz, Jr. Outstanding Alumnus Award from Mount Sinai. In 2003, Dr. Friedman was honored with the International Hans Popper Award by the Falk Foundation in Freiburg,Germany, in recognition of his outstanding contributions to the understanding of liver disease and its treatment.  He has mentored over 75 postdoctoral fellows and students, most of who remain in academic training programs or faculty. In 2012 he was awarded the European Association for the Study of Liver Diseases International Recognition Award in Barcelona, Spain, and in 2013 he was awarded the Shanghai Magnolia Gold Award by the Mayor of Shanghai and the China Friendship Award from the Premier of China in 2014 in recognition of his efforts to improve the health of the residents of Shanghai and China through his research achievements.   As Chief of the Division of Liver Diseases at Mount Sinai since 2001, Dr. Friedman has expanded the faculty from 5 to 25 individuals, increased NIH grant funding more than 5-fold, clinical trials income more than 10-fold, and overseen the creation of the largest liver fellowship in the United States. He has been a member of the American Society of Clinical Investigation since 1995, the Association of American Physicians since 2004, and was elected as a Fellow of the American Gastroenterological Association in 2008, the Am. College of Physicians in 2013, the American Assn. for the Study of Liver Diseases in 2014 and the American Association for the Advancement for Science in 2015.   Dr. Friedman’s appointment in 2012 as Dean for Therapeutic Discovery at Mount Sinai recognizes his unique strengths in translating basic science into clinically meaningful advances, and his investigative work in liver disease has been instrumental in fueling the tremendous growth in emerging diagnostics and therapeutics for hepatic fibrosis.   As President of the American Assn. for the Study of Liver Diseases in 2009 (the sixth Mount Sinai faculty member to hold this position), Dr. Friedman oversaw several major new initiatives that accelerated its growth and brought the Association to new levels of income and international visibility.