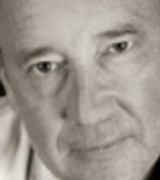 Dr. Smith has degrees from Williams College, Antioch International, and The Claremont Graduate School. He is the author of eight books and numerous articles on comparative literature and mythology, and has taught at colleges in Switzerland, Maryland, Texas, and California. In the late 1970s, he traveled with Joseph Campbell on study tours of Northern France, Egypt, and Kenya, with a focus on the Arthurian Romances of the Middle Ages and the Mythologies of the Ancient World. He has published nine books and numerous articles on comparative literature and mythology. His books include: Rape and Revelation: The Descent to the Underworld in Modernism; The Descent to the Underworld in Literature, Painting, and Film: 1850-1950: The Modernist Nekyia; The Myth of the Descent to the Underworld in Postmodern Literature; Ricorso and Revelation: An Archetypal Poetics of Modernism; Figuring Poesis: A Mythical Geometry of Postmodernism; The Hero Journey in Literature; World Mythology: The Complete Idiots Guide; Sacred Mysteries: Myths About Couples in Quest; and Postmodern Magus: Myth and Poetics in the Works of James Merrill. His areas of emphasis include: Myth in Literature from Antiquity to Postmodernism; Arthurian Romances, and The Hermetic Tradition.